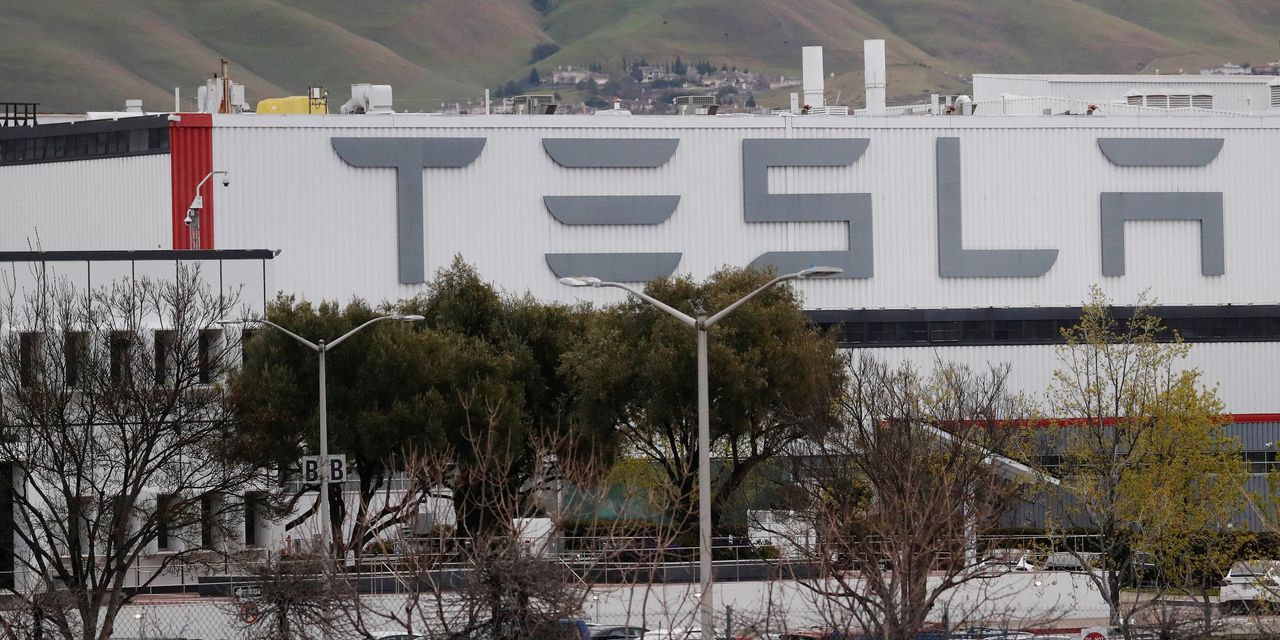 A California regulatory agency said it filed a lawsuit against

alleging racial discrimination and harassment at the electric-vehicle maker.

“After receiving hundreds of complaints from workers, DFEH found evidence that Tesla’s Fremont factory is a racially segregated workplace where Black workers are subjected to racial slurs and discriminated against in job assignments, discipline, pay, and promotion creating a hostile work environment,”

the agency’s director, said in a statement.

Tesla didn’t immediately respond to a request for comment.

The company criticized the civil-rights agency’s investigation in a blog post that pre-empted the lawsuit. “Tesla strongly opposes all forms of discrimination and harassment and has a dedicated Employee Relations team that responds to and investigates all complaints,” the company said Wednesday.

Tesla, in the blog post, also raised its status as a manufacturing employer in the state. “Tesla is also the last remaining automobile manufacturer in California. The Fremont factory has a majority-minority workforce and provides the best paying jobs in the automotive industry to over 30,000 Californians,” the company said, adding legal action was “unfair and counterproductive.” Tesla moved its headquarters to Texas from California last year, though it still makes a large portion of its cars in California.

This year, billionaire CEO Elon Musk reached several milestones across Tesla, SpaceX and Starlink. WSJ reporters Rebecca Elliott and Micah Maidenberg break down some of his biggest moments in 2021 and what’s to come in 2022. Illustration: Tom Grillo

The Department of Fair Employment and Housing said Black workers routinely heard Tesla supervisors and managers using racial slurs and were confronted with racist graffiti in the factory. One Black worker heard racial slurs as often as 50 to 100 times a day, the agency said.

Black workers also reported being assigned to more physically demanding roles, being subjected to more severe discipline and being passed over for professional opportunities, the agency said. Black workers were severely underrepresented in managerial and other professional roles, the agency said. Tesla said in a 2020 diversity report that Black employees made up 10% of its U.S. workforce and 4% of people in leadership roles.

The Department of Fair Employment and Housing said the complaint would be available online Thursday morning.

A federal jury in San Francisco last year found that Tesla had subjected a Black former contract worker to a racially hostile work environment, awarding him roughly $137 million in damages. Tesla has said that it doesn’t believe the verdict is justified and has asked for a new trial or for the damages to be reduced.

More than half a dozen current and former Tesla workers sued the company late last year alleging that Tesla failed to prevent sexual harassment at its facilities, among other claims. Tesla has said it intends to try to move those cases into private arbitration, court records show.

The Department of Fair Employment and Housing has brought other high-profile cases. The California regulator last year sued

accusing the videogame company of paying female employees less than their male counterparts, among other claims. The company pushed back against the allegations.

in January agreed to buy Activision.

This isn’t the first time Tesla has clashed with California officials. Nearly two years ago, in the early days of the coronavirus pandemic, Elon Musk took aim at a high-ranking county health official in California over government orders that the company’s Fremont vehicle-assembly plant remain temporarily closed to slow the spread of Covid-19. The people have spoken