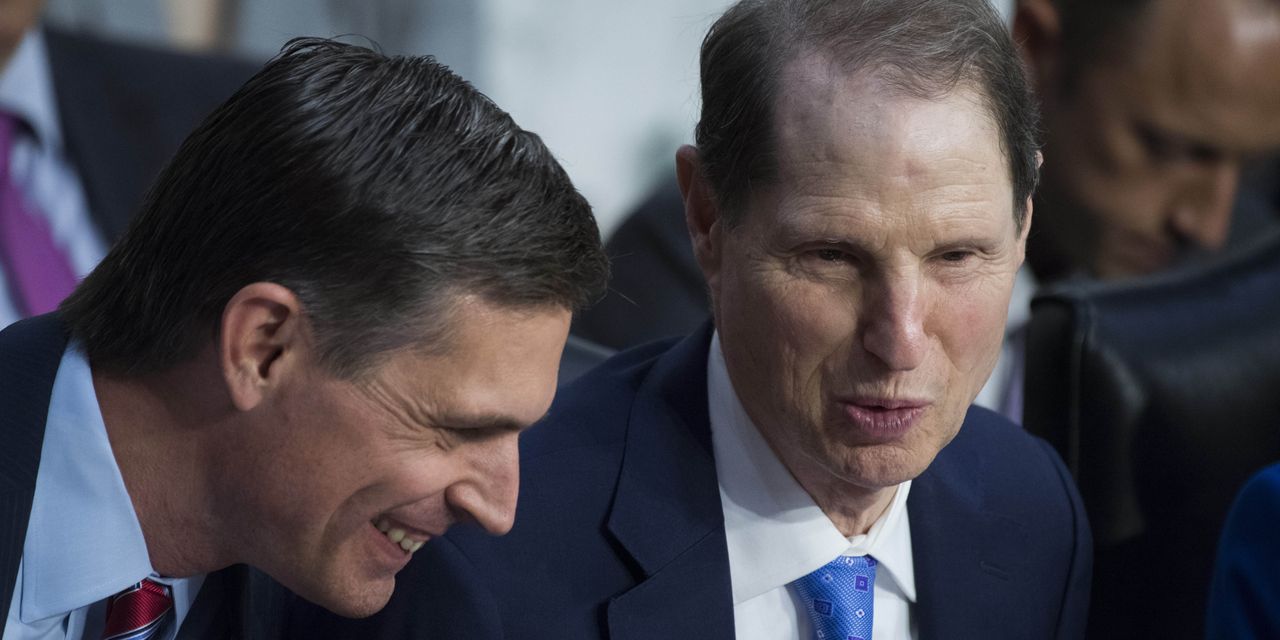 WASHINGTON—A secret program at the Central Intelligence Agency relied on a form of mass surveillance activity that involved the collection of an unknown data set and included the gathering of some records belonging to Americans, according to a newly declassified letter from two Democratic senators.

Details of the CIA program have been kept from the public as well as some lawmakers, according to the April 2021 letter to the agency from Sens.

(D., N.M.), members of the Senate Intelligence Committee. The letter was partially declassified and disclosed Thursday.

The nature of the type of collection isn’t made clear in the heavily redacted letter. It couldn’t be determined when the surveillance occurred or if the intelligence program is currently operational. It was also not clear whether another U.S. intelligence agency was performing the actual surveillance that supported the functioning of the CIA program, which isn’t unusual.

The senators’ letter urged the CIA to inform the public about the program, including what kinds of records have been collected, as well as the spy agency’s relationship with its sources of intelligence, the legal framework of the program, the amount of Americans’ records being maintained and how often searches of U.S. data are performed.

“This declassification is urgent,” the senators wrote.

“CIA recognizes and takes very seriously our obligation to respect the privacy and civil liberties of U.S. persons in the conduct of our vital national security mission, and conducts our activities, including collection activities, in compliance with U.S. law, Executive Order 12333, and our Attorney General guidelines,” Kristi Scott, the agency’s privacy and civil liberties officer, said in a statement. “CIA is committed to transparency consistent with our obligation to protect intelligence sources and methods.”

The CIA is generally prohibited by law from engaging in domestic spying. But some U.S. intelligence programs collect broad streams of internet or telephone data in a way that can scoop up information on Americans, such as when someone is communicating with a target of surveillance who lives overseas. Intelligence agencies refer to such information gathered about Americans as incidental collection, an issue that lawmakers in both parties have long said raises privacy concerns because it can evade traditional warrant requirements.

The surveillance activity is authorized under presidential Executive Order 12333, according to the senators’ letter, which is a Reagan-era document that sets rules for some methods of U.S. intelligence gathering. It is not subject to some of the same oversight that governs surveillance activities performed under the Foreign Intelligence Surveillance Act, a decades-old law that created a secretive court to review surveillance requests by U.S. intelligence agencies. But in their letter, the senators say the CIA has run the program “entirely outside the statutory framework that Congress and the public believe govern this collection.”

A redacted portion of the letter appearing to refer to previous actions by lawmakers said, “history demonstrates Congress’s clear intent, expressed over many years and through multiple pieces of legislation, to limit and, in some cases, prohibit the warrantless collection of Americans’ records, as well as the public’s intense interest in and support for these legislative efforts,” the letter to Director of National Intelligence Avril Haines and CIA Director

said. “And yet, throughout this period, the CIA has secretly conducted its own bulk program.”

Disclosures in 2013 by former intelligence contractor Edward Snowden revealed that the National Security Agency had been secretly operating a program that collected bulk metadata from phone carriers about U.S. phone calls and text messages. The disclosures ignited an international uproar over the scope of America’s electronic-spying capabilities. That program was narrowed by a law passed by Congress in 2015 but has been beset by technical challenges since then and is believed by lawmakers to currently not be operational following the law’s lapse in March of 2020.

Soon after, reporting by The Wall Street Journal and other news organizations disclosed that the CIA was obtaining bulk data from companies such as

on international money transfers that included millions of Americans’ financial and personal data. The program was meant to fill what U.S. officials saw as an important gap in their ability to track terrorist financing world-wide, the Journal reported in 2014.

The letter from the two senators concerns a separate CIA program, according to a report also released Thursday by the Privacy and Civil Liberties Oversight Board, or PCLOB, a government panel that reviews classified intelligence programs. The board’s report refers to the same surveillance activity referenced by the senators as “another classified program” apart from the CIA’s financial data surveillance, which the privacy board also released findings on Thursday.

The privacy board said in its report it researched the CIA’s surveillance program between August 2015 and December 2016. The five-member board’s operations and its ability to release material to the public has been hampered for years by struggles to maintain a quorum.

Senators weren’t aware of the full details of how the CIA program operated before the board completed a review of it in March of 2021, according to the letter by Messrs. Wyden and Heinrich.

“Until the PCLOB report was delivered last month, the nature and extent of the CIA’s collection was withheld even from the Senate Select Committee on Intelligence,” the senators’ letter said.