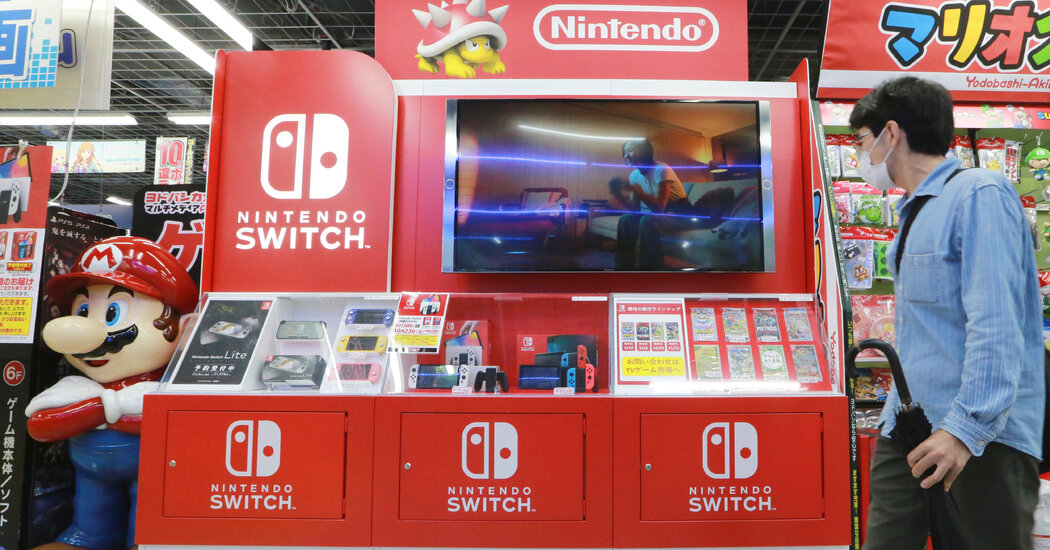 A video game hacker and prominent member of a group that sold pirated video games, costing Nintendo and other companies more than $65 million, was sentenced in federal court in Washington State on Thursday to 40 months in prison, prosecutors said.

The hacker, Gary Bowser, 52, pleaded guilty to two felonies in October for his role in Team Xecuter, an operation that sold illegal devices that allowed people to play pirated video games on consoles like the Nintendo Switch, the Sony PlayStation Classic and the Microsoft Xbox, the U.S. attorney’s office for the Western District of Washington said in a statement on Thursday.

As part of a plea arrangement, Mr. Bowser, a Canadian who was living in the Dominican Republic at the time of his arrest in September 2020, agreed to pay $4.5 million in restitution to Nintendo of America.

“The damage goes beyond these businesses, harming video game developers and the small, creative studios whose products and hard work is essentially stolen,” Nick Brown, the U.S. attorney, said in the statement.

Prosecutors called Mr. Bowser a “prominent leader” of Team Xecuter, a video game piracy group whose products, they said, included online libraries of pirated video games. The group, which had over a dozen members around the world, also sold “circumvention devices” that allowed users to hack consoles like the Nintendo Switch, a popular hand-held device on which users can download games like Super Mario Odyssey and Super Smash Bros.

“Mr. Bowser bears responsibility for stealing millions of dollars in profit,” Donald M. Voiret, a special agent in charge of the F.B.I.’s Seattle field office, said in the statement from the U.S. attorney’s office. The bureau and the Homeland Security Department were involved in the case.

In a statement on Thursday, Nintendo thanked federal authorities for their efforts to “curb illegal activities on a global scale that cause serious harm to Nintendo and the video game industry.”

Michael Filipovic, one of Mr. Bowser’s lawyers, did not immediately return phone calls or emails on Thursday seeking comment.

Mr. Bowser was deported from the Dominican Republic after his arrest in September 2020, prosecutors said. He was indicted along with two others: Max Louarn, 49, of France; and Yuanning Chen, 36, of China. They have not yet been extradited to the United States to face charges, Emily Langlie, a spokeswoman for the U.S. attorney’s office, said on Thursday.

In a sentencing memorandum filed last week for Mr. Bowser, his lawyers wrote that he was “facing the brunt” of the government’s prosecution. He had never met his co-defendants in person and “reaped the smallest profit” from the enterprise, according to his lawyers.

“His generosity is something that others have taken advantage of,” his lawyers wrote. “In this case, Louarn used Mr. Bowser to be the public face of the enterprise.”

Video game hackers have become an increasing menace to game companies in recent years, as attackers steal code and cut into the companies’ profits. In June, hackers claimed to have stolen source code for the popular soccer game FIFA, which is made by the video game company Electronic Arts.