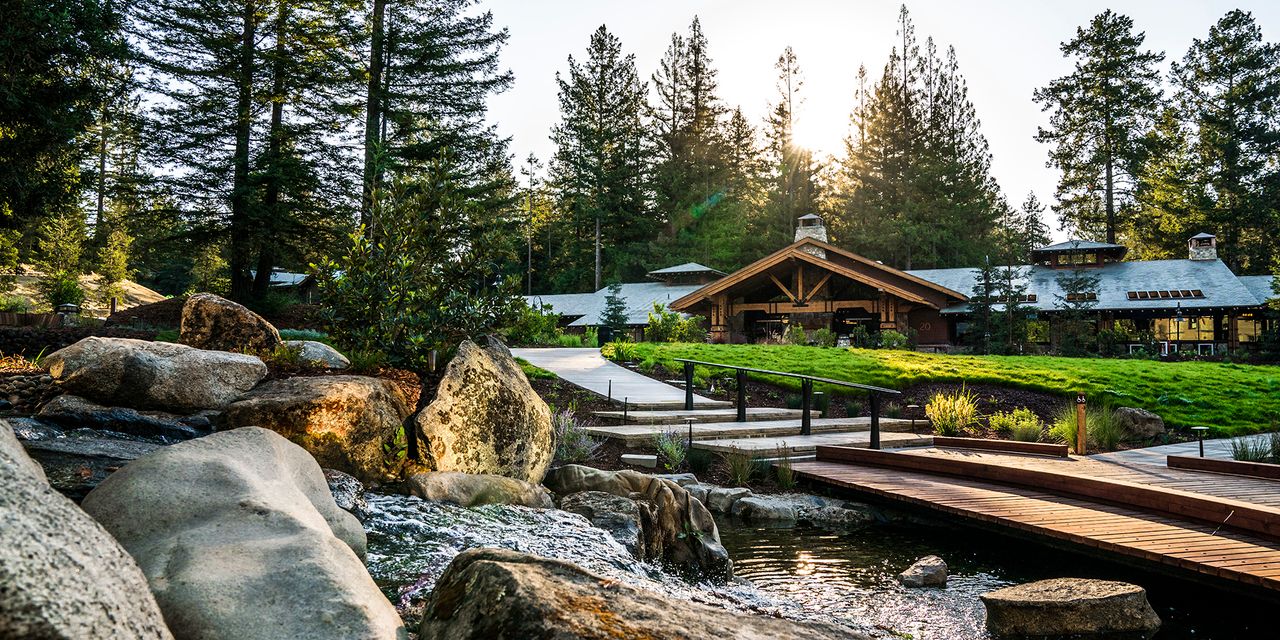 Forget the Office—Salesforce Is Making a Wellness Retreat for Workers

com Inc. after nearly two years of remote work will involve the great outdoors as much as returning to an office.

The software giant signed a multiyear booking agreement for a 75-acre retreat set among the redwoods in Scotts Valley, Calif., to create an employee work-and-wellness center for its nearly 70,000-person staff.

Salesforce plans to use the property 70 miles south of San Francisco to onboard new hires and conduct off-site team meetings for social bonding and leadership training, said

Would you meet your co-workers for a retreat at the ranch? Join the conversation below.

During the pandemic, millions of workers—and their bosses—have worked effectively from anywhere. But the lack of in-person collaboration has many executives worried about how to maintain company culture and loyalty. The Salesforce “Trailblazer Ranch,” as it will be known, is one of the first experiments by a big employer with building culture for a workforce that is no longer coming into an office five days a week. The majority of Salesforce’s employees will work in a hybrid model once the pandemic is over, coming into the office between one and three days a week.

Stays at Salesforce’s retreat will combine work and training with wellness activities such as yoga and hiking. Once home to a small Christian college, the property has been run since 2017 by a nonprofit, 1440 Multiversity, which hosts educational retreats. In addition to 140 rooms, there are gathering spaces with outdoor fire pits, amphitheaters and a pond that visitors are supposed to throw a pebble into as they set an intention for their stay.

The Sanctuary: The former chapel of Bethany College is set up for yoga.

Ten thousand employees are expected to visit the retreat between March and the end of the year, with greater numbers to follow in 2023, Mr. Hyder said. Trips to the ranch will be a minimum of two nights, but could extend longer.

teased the idea that Salesforce would buy a ranch to create a new corporate culture epicenter when he spoke at The Wall Street Journal’s Future of Everything conference this past May. The company said that building a company ranch from the ground up is still Mr. Benioff’s long-term goal. Meanwhile, the agreement to use the resort-style property with miles of walking trails and facilities for cooking together and working out in groups will help Salesforce create more cohesion among its employees and managers, Mr. Hyder said.

He declined to spell out the cost of the project, and emphasized that the woodsy retreat isn’t an office replacement. Like many companies, Salesforce had to backtrack on its return to office plans as the pandemic dragged on. Late last year, it scrapped the idea of setting a return date all together.

“Our offices today absolutely are about collaboration,” he said. “This will have a specific purpose.”

New hires are among those at the top of the list to visit the Salesforce retreat, and the company is using survey data to determine who most needs to connect with the company’s culture, Mr. Hyder said, adding, “People won’t just be able to book time at the ranch.”

Guest rooms at the resort are intentionally without TVs and phones so guests can unplug and reflect away from technology.

As part of its agreement, Salesforce will collaborate with 1440 Multiversity on research tied to subjects such as employee well-being and productivity. Internal surveys found 77% of Salesforce workers wanted to get together in person with their teams; polling also showed the top request from employees and their top-ranked barrier to success was the ability for teams to meet and connect in person.

“We’ve hired thousands of employees who have never met in person,” Mr. Benioff said. “Trailblazer Ranch will give us and our stakeholders a way to forge deeper relationships [and] experience our culture in a whole new way.”

When workers were sent home in 2020, tech companies lost one of their best recruiting tools—their elaborate office spaces. Virtual events have had to serve as substitutes for free meals, massages and workout classes, while Zoom meetings have taken the place of gathering in gardens, in sand volleyball courts and around the ping-pong table.

In the current tight labor market, where it is a supreme challenge to recruit and retain talent, Mr. Hyder said he believes the companies that create new ways of bonding with workers won’t experience attrition in the war for talent.

Salesforce employees gather at the Cathedral and Mother Tree, one of nearly 20 outdoor gathering spaces for visitors at Trailblazer Ranch, for a mindfulness session.

“The people who win will be those who are connected to their jobs and their employment in a really emotional way,” he said.

The idea of a Salesforce employee retreat started with what Mr. Hyder says he thought was a joke by Mr. Benioff. “Marc sent me a text and said, ‘Hey look at this’ and it was some crazy ranch in Maui,” Mr. Hyder said.

It was no joke. Mr. Benioff said the company needed something that employees, and even their families, could use to gather instead of meeting in office buildings. While Salesforce uses the California retreat in the short term, it will scout locations to buy and build a ranch for the long term, Mr. Hyder said. The company hasn’t settled on a location yet, saying only that it needs to be within an hour of an international airport.

How to Stay Body Positive in a Body Negative World