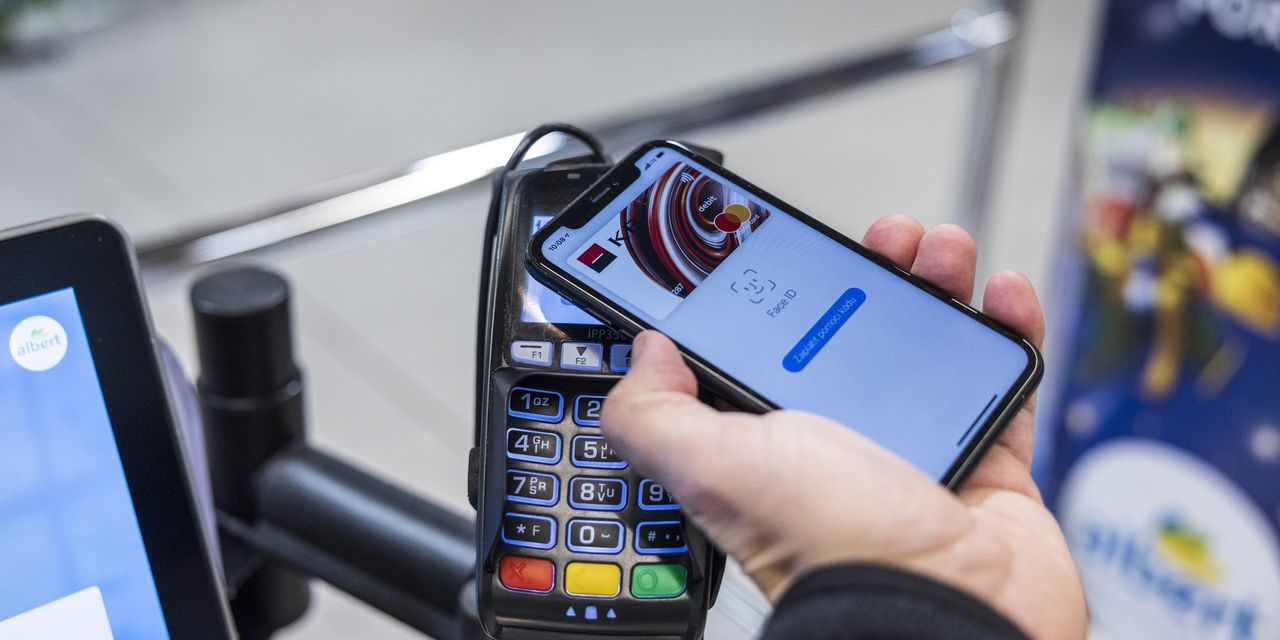 for close to $2.3 billion, according to people familiar with the matter.

The proposed deal is the latest bet on the continued growth of digital payments. The New York-based buyout giant would acquire hardware that allows consumers to use their mobile phones and payment cards to make purchases. The pandemic has accelerated the adoption of digital payments over cash among both consumers and businesses.

The deal, which is expected to be valued at close to €2 billion, equivalent to around $2.3 billion, could be announced in the coming days, assuming the talks don’t break down at the last minute, some of the people familiar with the matter said.

Payments businesses have historically proven lucrative investments for private-equity firms, and the trend toward digital commerce has only boosted the appeal of such companies. In one of the most recent deals, U.S. buyout firm Hellman & Friedman LLC last year completed the sale of Nets Group, a Nordic-based payments company, to Italy’s Nexi SpA for about €6 billion.

Worldline has been restructuring to focus primarily on providing cloud-based payment services that generate recurring revenue, as well as its legacy, lower-margin hardware and software terminal business. It launched a strategic review of the business, including its possible sale, in October 2020, and Apollo has previously been reported as among the front-runners to acquire it.

The review was launched after Wordline completed its €7.8 billion acquisition of crosstown rival Ingenico SA. This consolidated its position as one of Europe’s biggest payments companies, particularly in areas such as authorizing digital transactions that are software based.

Paris-based Worldline launched the review in October 2020 after it had completed its €6 billion acquisition of crosstown rival Ingenico SA to consolidate its position as one of Europe’s biggest payments companies, particularly in areas such as authorizing digital transactions that are software based.

At that time, Worldline suggested that the hardware-terminal business might need new management and funding to accelerate its move to a software-as-a-service business model.

Worldline’s terminal business is Europe’s No. 1 provider of point-of-sale terminals technology, based on terminals shipped in 2019, according to Nilson Report. In the U.S., Worldline is the No. 2 player, behind VeriFone, Inc.

, analysts and investors have said. Still, Apollo is set to acquire a business that could be poised for a resurgence as shoppers return to stores. The pandemic has hurt the performance of the terminals business, which was Worldline’s slowest-growing division in the second quarter of last year—the last period the company broke out the unit’s revenue.

Apollo isn’t the first private-equity firm to make a bet on a payments terminal business. In 2018, a group led by U.S.-based buyout firm Francisco Partners acquired VeriFone for $2.6 billion.